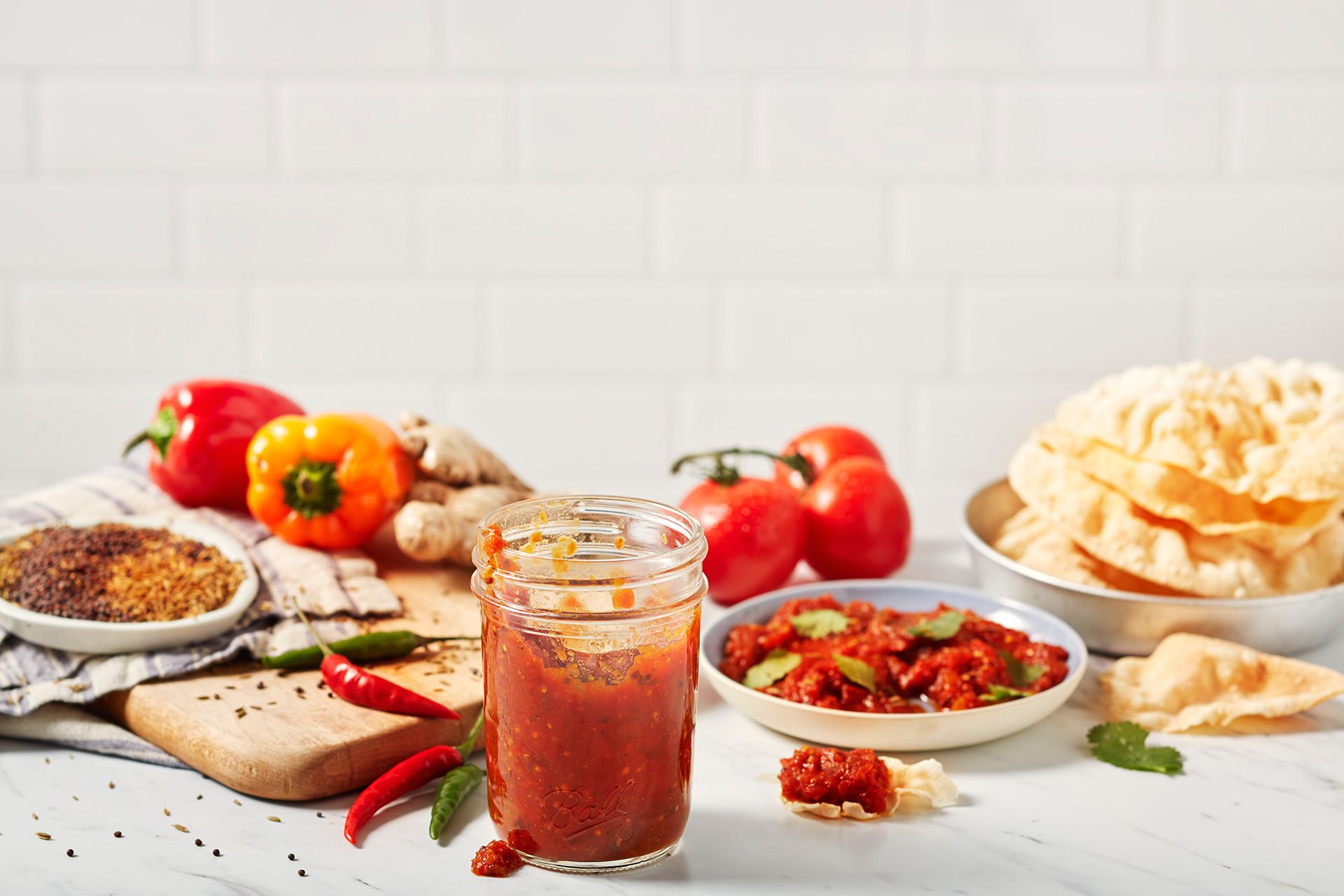 Kasundi is a traditional Indian relish-like sauce the leans heavily on spices for its extraordinary and intense flavor. Try Ball®’s Tomato Red Pepper Kasundi recipe as a cooking sauce with curries, use it as a marinade for chicken, or even stir a spoonful into sour cream for a delicious chip dip!

2. Toss chopped tomatoes with salt and set aside.

3. Broil whole bell peppers turning every few minutes, until skins are charred. Remove peppers to a bowl and cover with plastic wrap, let rest 15 minutes or until skins easily peel off. Seed and chop peppers.

5. Combine chili peppers, garlic, ginger and spices in the bowl of a food processor and pulse a few times to puree. Add a tablespoon of the vinegar to loosen if paste is too thick.

6. Heat vinegars and sugar in a large pot over medium heat, add pureed seasonings and bring to a simmer. Add onions and red peppers. Strain tomatoes and add to seasonings in pot. Simmer, stirring frequently until all tomato liquid has evaporated and the kasundi is thick, between 60 and 90 minutes.

7. Prepare boiling water canner while kasundi is cooking. Heat jars in simmering water until ready to use, do not boil. Wash lids in warm soapy water and set aside with bands.

Pairs well with: Rice and Pappadum